Teller Pulls Back the Curtain on “Play Dead”

Photo by Carol Rosegg
Todd Robbins in “Play Dead” at the Geffen Playhouse.

LOS ANGELES — He’s the quiet one of the magic duo Penn & Teller, a mild-mannered man in a three-piece suit who blithely employs confounding sleight of hand without so much as a whisper. But Teller is hardly reticent when talking about “Play Dead,” a play he co-wrote with Todd Robbins (who also stars) that features an assortment of spooky tricks. The show originated off-Broadway at the Players Theatre and runs at Westwood’s Geffen Playhouse now through December 15.

In the show, Robbins performs magic tricks and illusions, often involving the audience and encouraging them to recognize the dead spirits that dwell within them. He eats a light bulb, reads some minds, and evokes the practices of people like Mina Crandon, a socialite who hosted seances in her Boston home.

The inspiration for “Play Dead” is the tradition of the American Spook Show, a subgenre that dates back to the 1920s, when vaudeville came to movie theaters, making the genre more accessible to the public.

“Magicians were having trouble finding work and one crazy magician got this idea,” Teller toldARTINFO. “He said to himself, what if I went to movie theater owners and said, ‘Can I use your live stage once you’re done showing movies at the end of the day? I’ll just do it on Saturday night and I can guarantee you a full house.’” 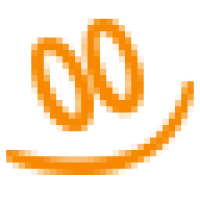